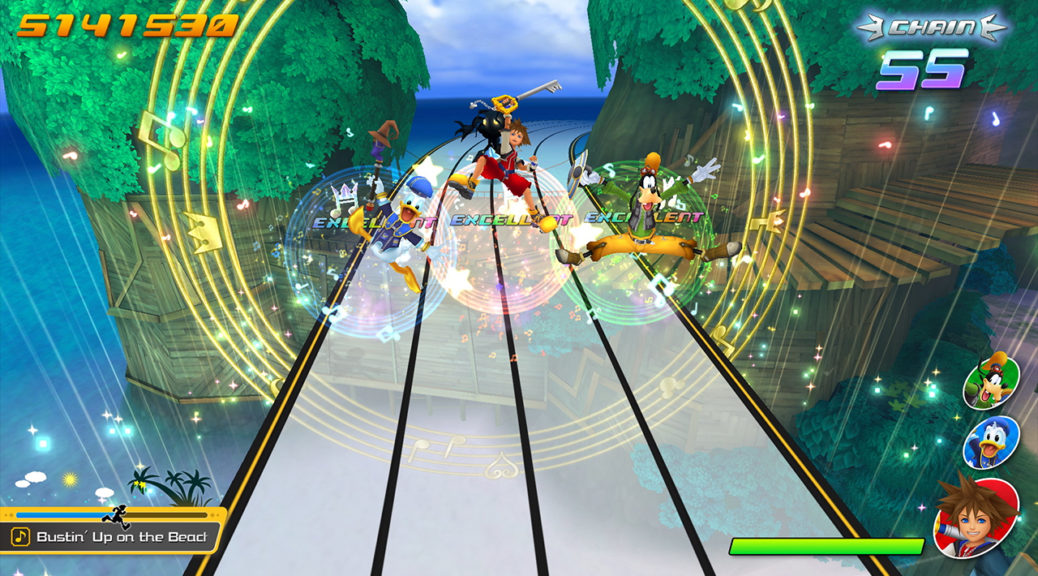 × This article was published on August 26, 2020 and may contain information that has since changed or become out-of-date.
Please be mindful when reading, commenting on, or sharing this article.

This morning, Nintendo held a Nintendo Direct Mini to showcase a handful of upcoming titles from publishers Square Enix, Ubisoft and Harmonix for the Switch console.

Command your own tank from a selection of over 350 vehicles from historical to futuristic as you battle it out together or not. The online environment is free-to-play and first time players who sign-in on the Nintendo Switch before September 9th, 2020 will get a free T2 medium tank, three days of premium access, 1,000 in-game gold and a special avatar.

Join Sora, Donald, Goofy and their friends from the universe of Kingdom Hearts in a musical rhythm game with timed attacks and magic spells to take on the Heartless. Multiple modes are available, including local and online multiplayer. There’s also segment dedicated to Kairi! Kingdom Hearts: Melody of Memory launches later in 2020.

What’s better than one puzzle game? Two puzzle games! Play Tetris or Puyo Puyo or play them against each other in Versus Mode or get crazy with Party Mode to obtain special items and competitions. There’s also Skill Battle, Adventure Mode and an Online Mode where players can also watch matches in play. Puyo Puyo Tetris 2 becomes available on December 8th, 2020.

Save the world with taiko drumming. Don-chan is back with two rhythmic games from the Taiko no Tatsujin franchise. Battle enemies with these giant taiko drums, using combos to deal more damage. Call up monsters to join the fight and use their unique personalities to give your team more strength in battle. Taiko no Tatsujin: Rhythmic Adventure Pack comes to the Nintendo Switch in Winter 2020.

The ring is packed with a line-up of classic boxers from the Rocky and Creed movies, such as American underdog Rocky Balboa or the fearsome Soviet slugger Ivan Drago. Journey through story mode or pick your fight in Free Play. Grab a couple of friends for sparring marches for local (non-Internet) multiplayer. Big Rumble Boxing: Creed Champions launches in Spring 2021.

The world is under attack and only the mighty heroes from Shonen Jump are able to save the day with playable characters from Naruto, Dragon Ball, One Piece and more! There’s also local and online multiplayer. Jump Force – Deluxe Edition comes with the Character Pass 1 DLC for the Nintendo Switch on August 28th, 2020.

First released 16 years ago on the Nintendo GameCube, Final Fantasy: Crystal Chronicles is now remastered for a release on August 27th, for the Nintendo Switch. This co-operative RPG adds new levels and weapons and opens up for online partnerships with friends either locally or over the Internet.

Take to the field with Captain Tsubasa: Rise of New Champions. In this soccer game, it’s all out with new tactics to score goals and keep your opponent away from your net. Outfit your own team with your own personalization and take it online against others for your own glory. Comes to Nintendo Switch on August 28th, 2020.

The Wretched Wraith is wreaking havoc in this wintry update for Minecraft Dungeons. With all new weapons, armour and artifacts gives you the tools you need to fight off the hordes of enemies and save the world.

Keep it loud with Fuser as you’re the DJ in control of the tunes at your own concert. Mix some of the top songs from around the world and set your style or head online and get your friends to contribute to your own masterpiece. Fuser is expected in Fall 2020.