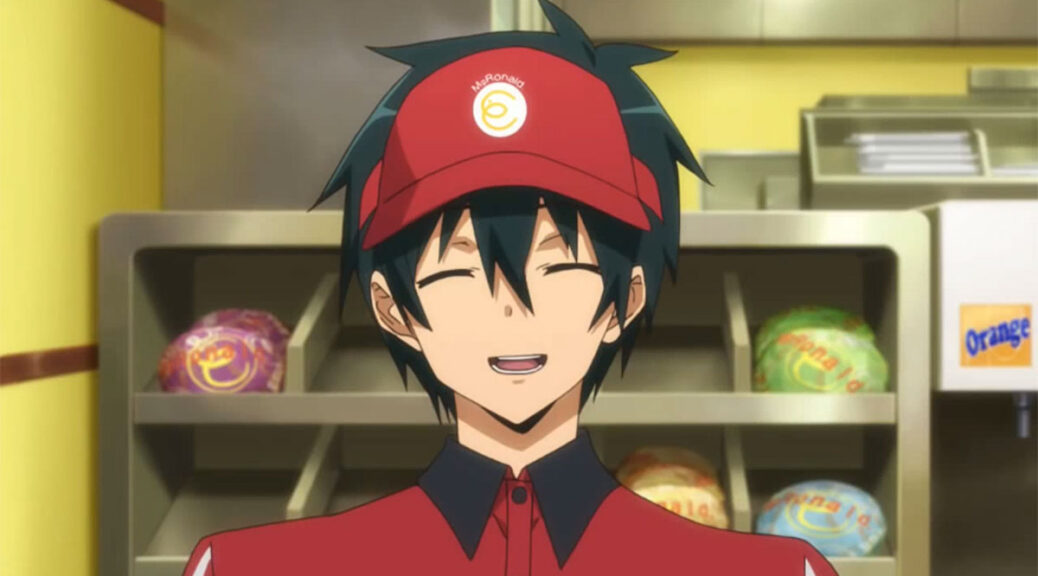 A sequel to the second season of The Devil is a Part-Timer! is being served up in 2023 according to social media posts for the anime series.

A powerful demon king named Satan looks to extend his rule over the world of Ente Isla but is stopped short by the hero Emilia. Escaping through a portal, he ends up in modern-day Japan. Unable to use his magic powers, Satan — now Maou Sadao — relents and dons a uniform to work at the fast-food chain MgRonalds. Unknown to Maou, Emilia has pursued him into Japan and takes up office work as she looks to confront her enemy. Things get out of hand as Maou and his cohorts attempt to adjust to the fast-paced life in Tokyo.

In North America, Yen Press handles publication of the English translated light novel and manga while dubbed and subbed versions of the anime are available on Crunchyroll.