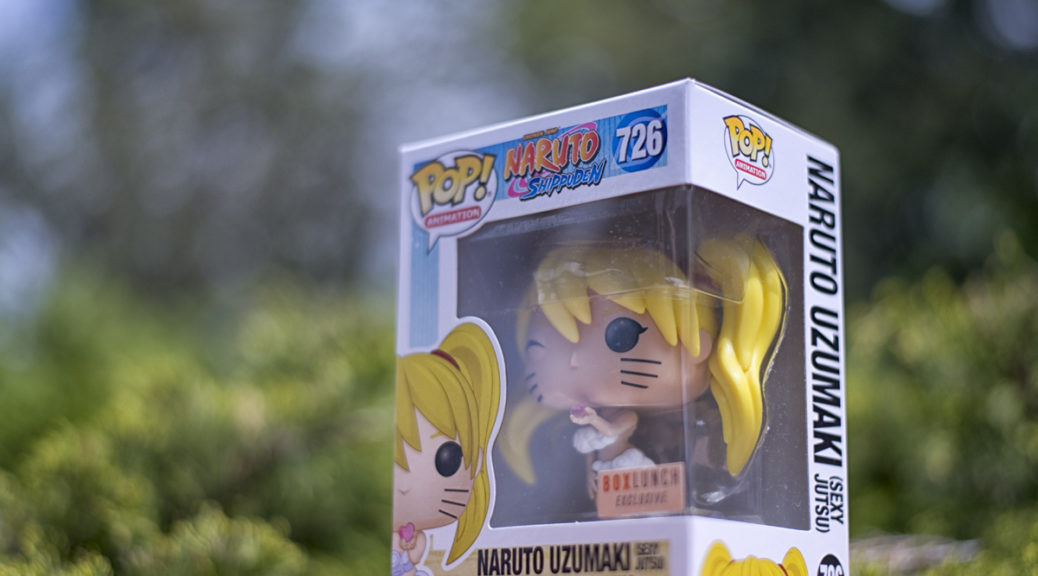 × This article was published on May 1, 2020 and may contain information that has since changed or become out-of-date.
Please be mindful when reading, commenting on, or sharing this article.

Late last year, we were introduced to a few new Naruto themed Pop! Animation figures from Funko, including Naruto Uzumaki in his classic Sexy Jutsu pose that’s exclusive to BoxLunch stores in the United States.

For those not in the know, one of Naruto’s first jutsu (or technique) that he mastered was Sexy Jutsu, a transformation that saw him turn female with flowing blond hair and clouds covering his, well, private parts. This move was enough to distract anyone within visual range, often giving his mentor Iruka, and even the third hokage, nosebleeds. Fun fact! Naruto’s son Boruto can also pull this jutsu off, too!

Now we have all the excitement in a small plastic collectible courtesy of Funko. Sharing the same characteristics of the Pop! line with its oversized head and tiny body, Naruto appears with two blond ponytails, winking and blowing a heart, in an effort to throw off a would-be opponent. And of course, to keep things from being super awkward, white puffy clouds envelope his otherwise uncovered body.

This figure is limited to US-based retailer BoxLunch, where like its parent Hot Topic, sells all sorts of pop culture memorabilia, apparel, accessories and the like. While it goes for $12.90 USD (approximately $18 CAD) on the BoxLunch web site, that hasn’t stopped resellers from putting the semi-nude ninja up for grabs on eBay at exorbitant amounts. Most of these hover around the $30 CAD mark, but even going excessively upwards to $60 CAD. C’mon now. BoxLunch still has this tiny figure at retail price, and even after shipping and exchange rate, it’s still cheaper than what these gougers offer.

Overall, it’s a nice figure, something that captures the spirit of Naruto’s rambunctious nature and to add to my ever growing collection of Naruto merchandise.