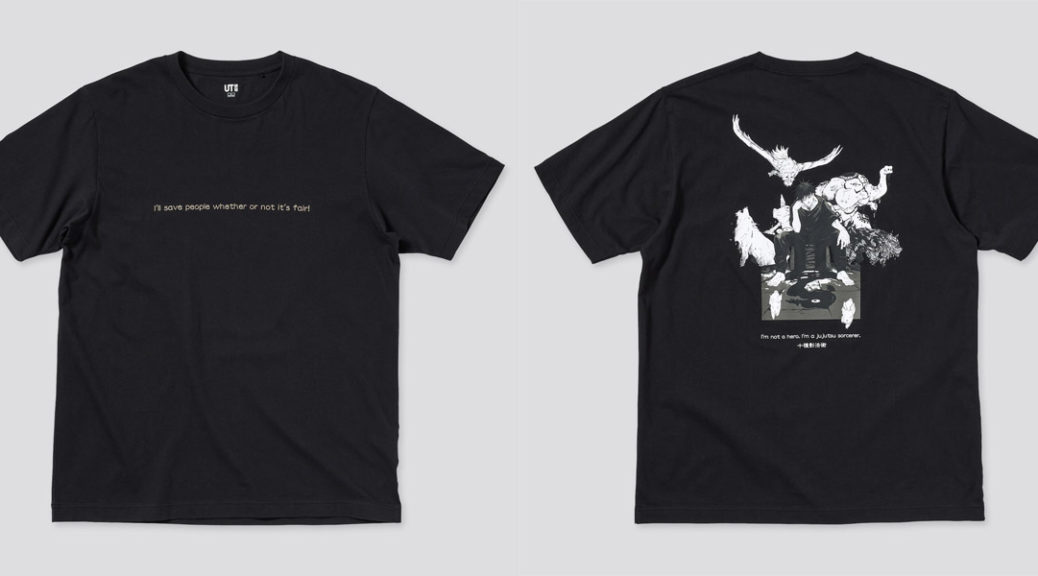 × This article was published on May 16, 2021 and may contain information that has since changed or become out-of-date.
Please be mindful when reading, commenting on, or sharing this article.

Japanese fast-fashion retailer Uniqlo is releasing a bunch of Jujutsu Kaisen inspired t-shirts as part of their Manga UT line-up next month. Saving humanity from the Curses has never looked so stylish!

Based on the manga by Gege Akutami, Jujutsu Kaisen follows average high school student Yuji Itadori. Despite Yuji’s average appearance, an inhuman strength hides within his adolescent body. In a world permeated by Curses, manifestations of negative thoughts and emotions, Yuji finds himself enthralled by them and attends an occult club at school. To save a friend who is besieged by these Curses, Yuji eats the desiccated finger of a long dead specter, only to have it inhabit his body. With his new found powers, Yuji is accepted into the Tokyo Metropolitan Technical High School of Sorcery to begin fighting these Curses and to save his own life.

The collection has seven tops, priced at $24.90 CAD each, with various characters and scenes from the manga. Three of the shirts feature images on both the front and back, one of which has a front pocket.

Jujutsu Kaisen was first published March 5th, 2018, comprising 15 volumes, has since spawned light novels and an anime series that was picked up by Crunchyroll last October.

Uniqlo has previously collaborated with other Weekly Shonen Jump and manga properties, most recently Demon Slayer: Kimetsu no Yaiba and Neon Genesis Evangelion.