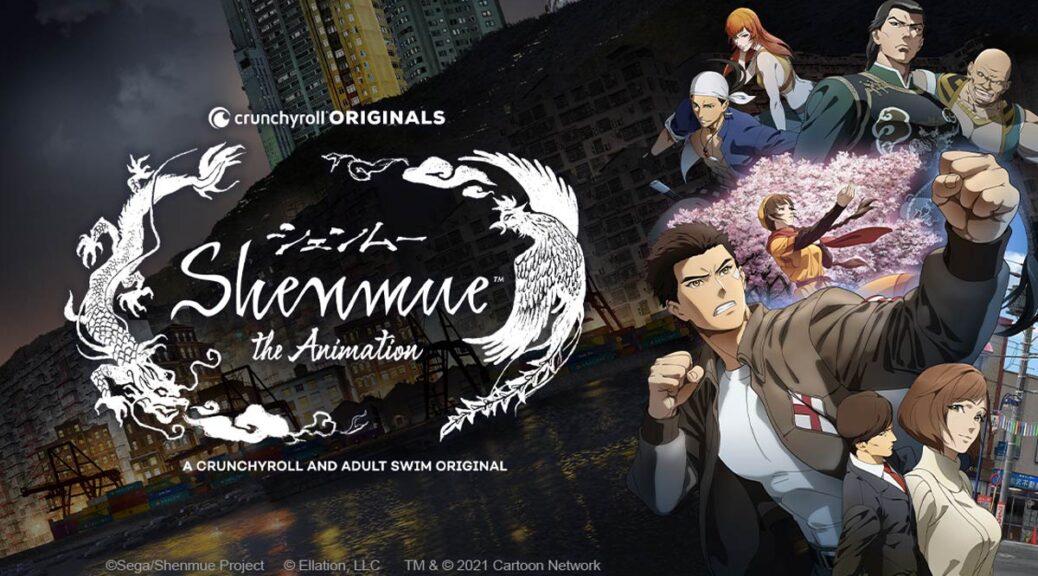 Some 20 years after Shenmue was released on the Sega Dreamcast, an anime adaptation titled Shenmue the Animation is coming to Crunchyroll and Adult Swim, with the premiere at 9:30 pm PST (12:30 am EST on Sunday) on Saturday, February 5th, 2022.

Cartoon Network’s Adult Swim programming block will broadcast Shenmue the Animation dubbed in English, while Crunchyroll will stream the subtitled version online globally, except in Japan and China.

It’s the mid-1980’s in Yokosuka, Japan where Ryo Hazuki has trained hard under his father’s guidance to learn Hazuki Style Jujitsu. Ryo’s life is changed when his father is murdered by a man named Lan Di, who has come to retrieve a precious item known as the Dragon Mirror that his father had been hiding. Pursuing Lan Di, Ryo winds up in Hong Kong and enters the vast criminal underworld beneath the glittering metropolis.

Crunchyroll, through a press release, provided the voice cast and background on some of the leading characters in Shenmue the Animation.

Crunchyroll and Adult Swim have formed a partnership that has released new original animated shows for broadcast and streaming including Fena: Pirate Princess and Blade Runner: Black Lotus.