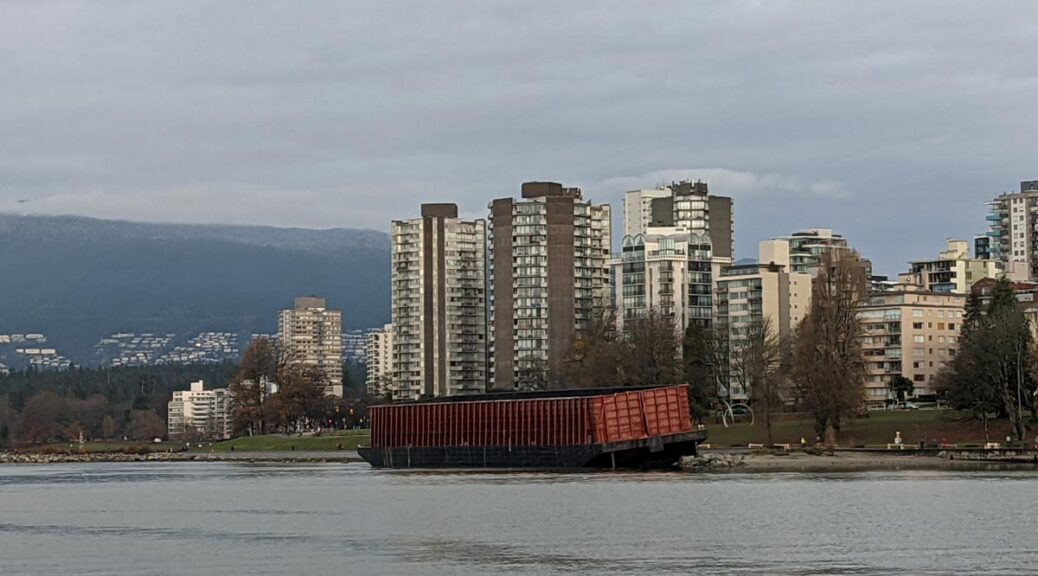 It didn’t take long for the fences and security guards to appear next to the infamous barge wedged on the rocks of Sunset Beach following the city’s announcement of the wayward vessel’s salvage late last month.

Figuring that no major work would happen on a long weekend, I decided to snap a few pictures this morning before crews from Vancouver Pile Driving Ltd. fired up their cutting torches to systematically carve the bulk carrier into chunks towards its final disposition.

On November 15th, 2021, southern British Columbia was hit hard with storms — the strong winds broke the mooring lines of the rust-coloured craft and the waves drove it up onto the rocks along Sunset Beach. There were fears it could’ve slammed into the Burrard Street Bridge further east, but the barge had other ideas and has since become a fixture along the seawall for these past seven months.

The city says the seawall will remain open, but local residents can expect work to happen between 7:30 am and 5:30 pm Monday thru Friday and noise within the city’s “guidelines.” Vancouver Pile Driving Ltd. has even created a website to track progress of the removal.