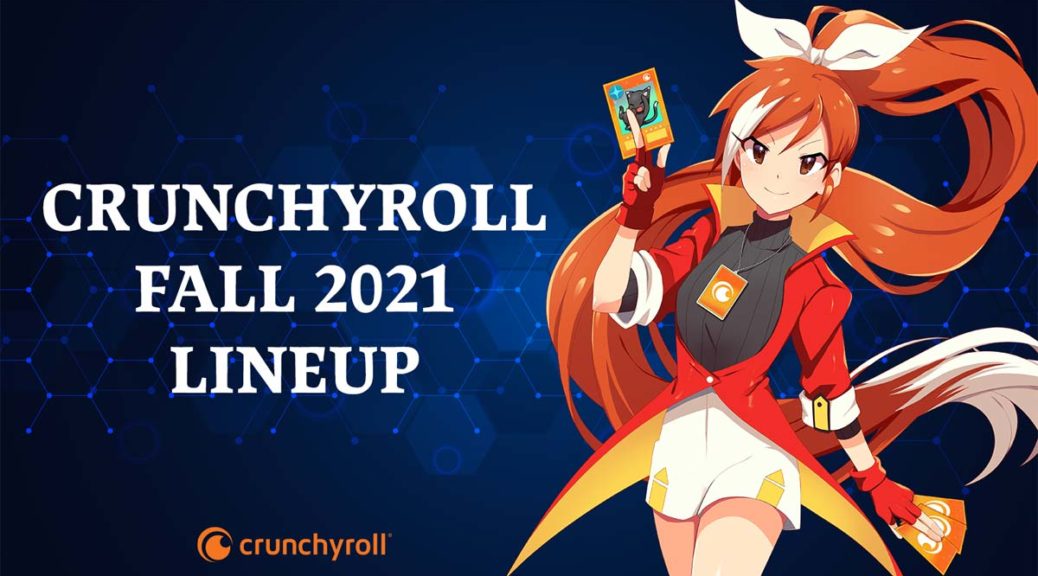 Now that it’s officially fall (or autumn if you prefer), Crunchyroll has revealed their line-up for the season and it’s got enough anime to keep fans cozy and entertained.

A Crunchyroll and Adult Swim Original. Taking place in Los Angeles 2032, a new story in the Blade Runner universe unfolds.

In this Crunchyroll and Adult Swim original series, an orphan escapes to the high seas and takes her place as captain of a pirate crew for a swashbuckling adventure!

From the creators of “Death Note,” a young boy must fight against 12 other humans to become the next god of the world!

Restaurant to Another World 2

The Western Restaurant Nekoya welcomes you for another course in Restaurant to Another World 2!

A father and daughter team up to pilot their powerful mech to fight monsters and explore the mysteries of the “Labyrinth”!

The battles of Lena and the Eighty-Six continue as they try to find a safe-haven in Season 2 of 86 EIGHTY-SIX.

The Muv-Luv story continues as the Tactical Surface Fighters continue the fight against the extraterrestrial species BETA.

A young child raised by three undead ventures out to learn more about the world and become a famed Paladin.

The Fruit of Evolution: Before I Knew It, My Life Had It Made

After eating the Fruits of Evolution, one high school student and a gorilla’s life will be changed forever!

The Night Beyond the Tricornered Window

A bookstore clerk who can see ghosts teams up with an exorcist to solve bizarre mysteries they encounter.

A legendary assassin is reincarnated in another world, using his modern knowledge to become an even greater soldier!

World’s End Harem is based on the manga of the same name by Link and Kotaro Shono that began serialization in 2016 on Shonen Jump+.

The sequel to the world-famous feudal fairy tale continues in Yashahime: Princess Half-Demon – The Second Act!

Boruto continues his adventures to become the ultimate ninja with Team 7 and all your favorite ninja from the Hidden Leaf Village!

Dragon Quest: The Adventure of Dai

Based on the classic Dragon Quest series, follow Dai and his party in their grand adventure to defeat the demon lord Hadlar!

Kiyo in Kyoto: From the Maiko House

Two girls chase after their dreams in the ancient capital in this healing slice-of-life anime about an aspiring maiko and the house chef!

The aquatope on white sand

One former idol goes to Okinawa and finds a new life helping a struggling aquarium from shutting down.

The Great Jahy Will Not Be Defeated!

After the Dark Realm falls and the Great Jahy is defeated, she must survive in the human world and in a one-room apartment!

A brand new PreCure series is on Crunchyroll, and now it’s time to get tropical!

Luffy and the Straw Hats continue their adventures in Wano and fight against the powerful Emperors!

From the creator of Miru Tights comes a new anime about three coworkers and their everyday lives.

A salaryman and a high school girl become friends as they ride the train together every Monday.