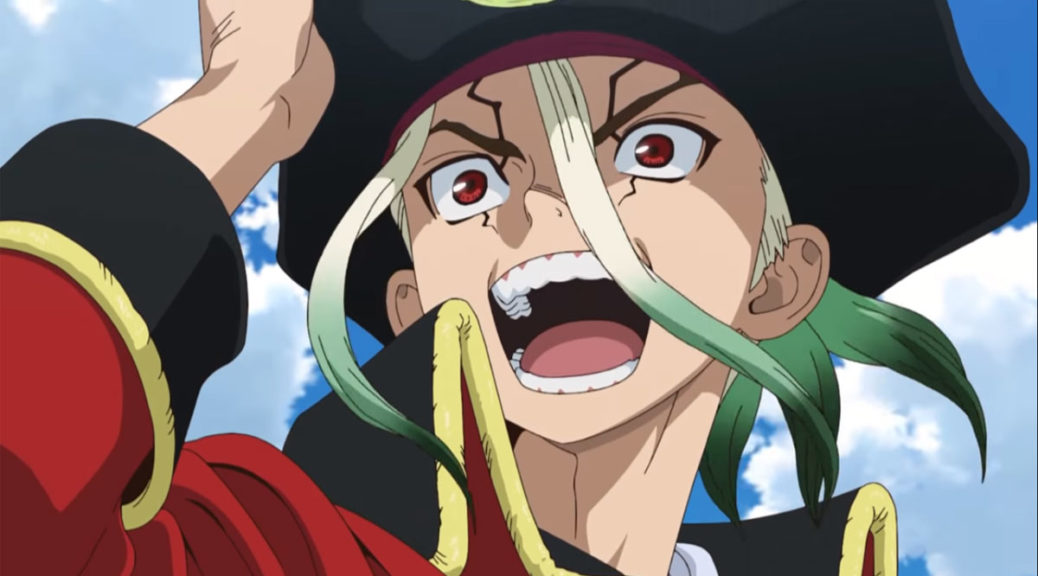 The story of Senku’s restoration of humanity on Earth has concluded with the last chapter of Dr. STONE appearing in the March 7th, 2022 edition of Shueisha’s Weekly Shonen Jump magazine. The print version of volume 26 releases in Japan on July 4th, 2022, according to Japanese comic news site Natalie.

While the manga may have ended, there’s a third season of Dr. STONE on the horizon (pictured at top).

Set 3,700 years in the future following a mysterious flash that petrified all life on Earth, Senku, a Japanese student awakens to a world devoid of humans who still remain frozen in place. Slowly, a handful of humans awaken from their rocky prisons and attempt to restart civilization. Using his own knowledge, Senku begins to recreate lost technologies and bring back those he knew from the year 2038.

Written by Riichiro Inagaki and illustrated by Boichi, Dr. STONE first appeared in Weekly Shonen Jump on March 6th, 2017 and has since drawn acclaim for its scientific accuracy.

In North America, Viz Media publishes the English translation of Dr. STONE; volume 21 is available in print on May 3rd, 2022. The first two seasons of the anime are watchable on Crunchyroll and Funimation.