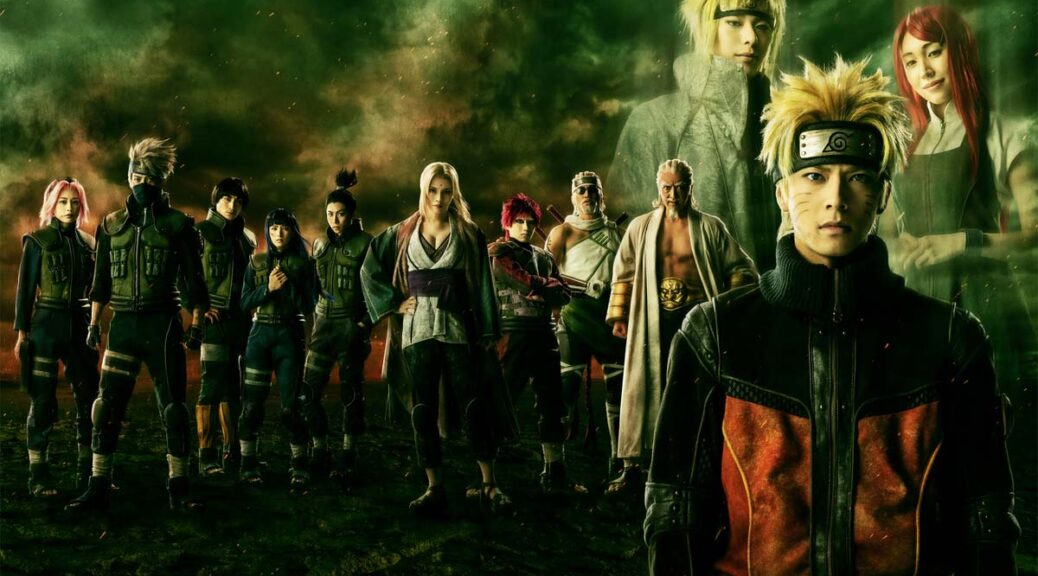 A poster of upcoming fall performances of Live Spectacle Naruto: Ninja World War, the Beginning of the War was shared today by the official Twitter account for the production.

In the image, the Uchiha clan with Kabuto and Zetsu are seen at the top, while Naruto leads the ninja from the Hidden Leaf Village and the four Kage.

Cast listing is left to right, starting from the top.

The play will focus on the break out of war with the allied ninja villages defending against Obito Uchiha, Kabuto Yakushi and the remnants of the Uchiha clan.

Performed on stage to music and dialogue from the Naruto manga series by Masashi Kishimoto, Live Spectacle Naruto, has been a hit with productions in 2015, 2016, 2017, 2019 and 2021. Fans outside of Japan occasionally are treated to recordings of the plays online.

Live Spectacle Naruto: Ninja World War, the Beginning of the War will tour Tokyo and Kobe in September, before returning to Tokyo in October. A lottery is being held for advance tickets to the performances.