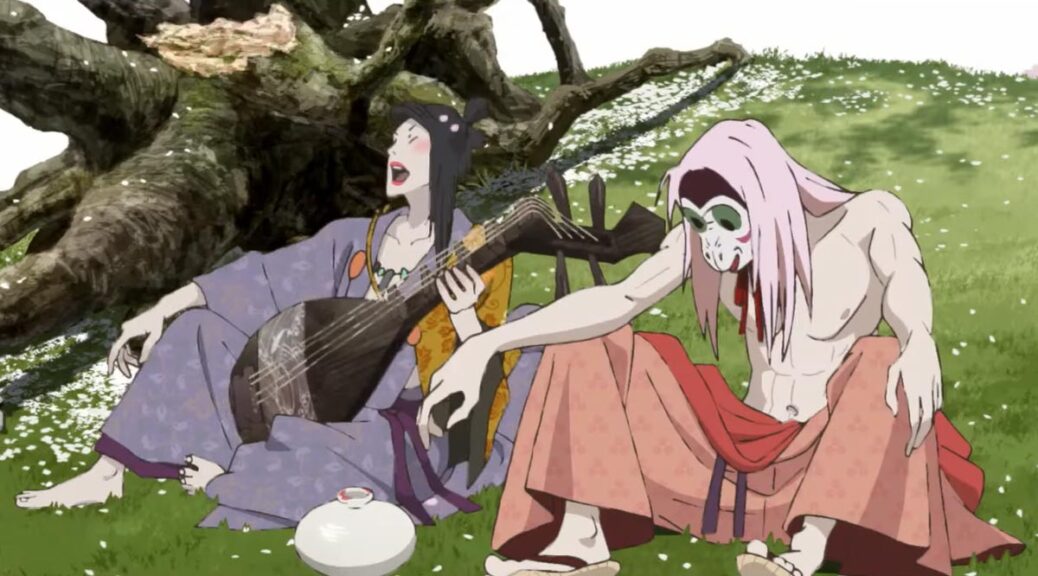 Dance up a storm this summer with Inu-oh, a film directed by Masaaki Yuasa, when it comes Cineplex and Landmark Cinemas across Canada on Saturday, August 13th, 2022.

14th century Japan is time of political turmoil following years of conflict. An outcast because of his physical appearance, Inu-oh finds himself in the company of biwa-playing Tomona and the two forge a relationship over music. Inu-oh’s dance moves mesmerize crowds that flock to their concerts as they put on increasingly flamboyant performances. However, their musicals attract unwanted attention from feudal leadership that threatens a swift end to their art form.

The story of Inu-oh is an adaptation of the legendary Tales of the Heike which recorded the battles between the Minamoto and Taira clans in medieval Japan.

The movie is being screened in Japanese with English subtitles which features Avu-chan as the voice of the titular Inu-oh and Mirai Moriyama as Tomona.

Editor’s note
An earlier version incorrectly stated the date as Friday, instead of Saturday.