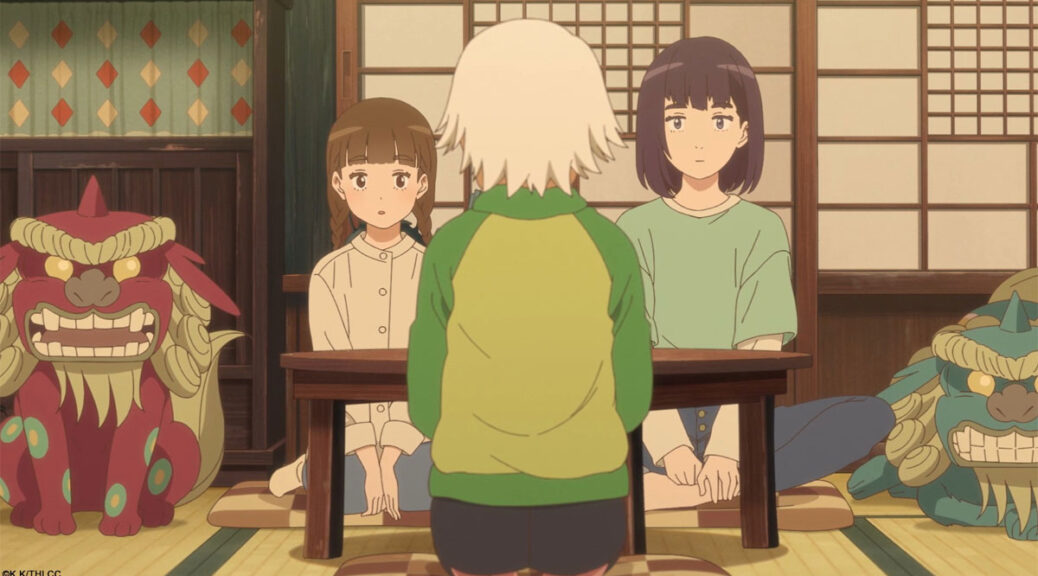 If you’re looking to watch The House of the Lost on the Cape on the big screen here in Canada, your options are going to be limited to single showings at select Cineplex theatres nationwide on September 9th, 2022.

Presented by Eleven Arts as part of their AX Cinema Nights program, Cineplex will show the movie in its original Japanese audio with English subtitles and dubbed in English.

Left homeless, 17-year-old Yui and eight-year-old Hiyori are offered shelter in a mayoiga — a type of fully furnished house for weary travelers to take refuge in — that overlooks the ocean by its owner, Ms. Kiwa. Both Yui and Hiyori must overcome each of their fears in that the world is not such a bad place, despite the evil spirits that have been awakened and descend upon this idyllic homestead.

The House of the Lost on the Cape is adapted from the novel of the same name by Sachiko Kashiwaba and published in Japan by Kodansha. The film is directed by Shinya Kawatsura, with a screenplay by Reiko Yoshida, music composition by Yuri Miyauchi and animation from David Production.

The House of the Lost on the Cape originally premiered in Japan on August 27th, 2021 and releases on September 7th, 2022 in the United States.

© Sachiko Kashiwaba, KODANSHA / 2021 The House of the Lost on the Cape Committee