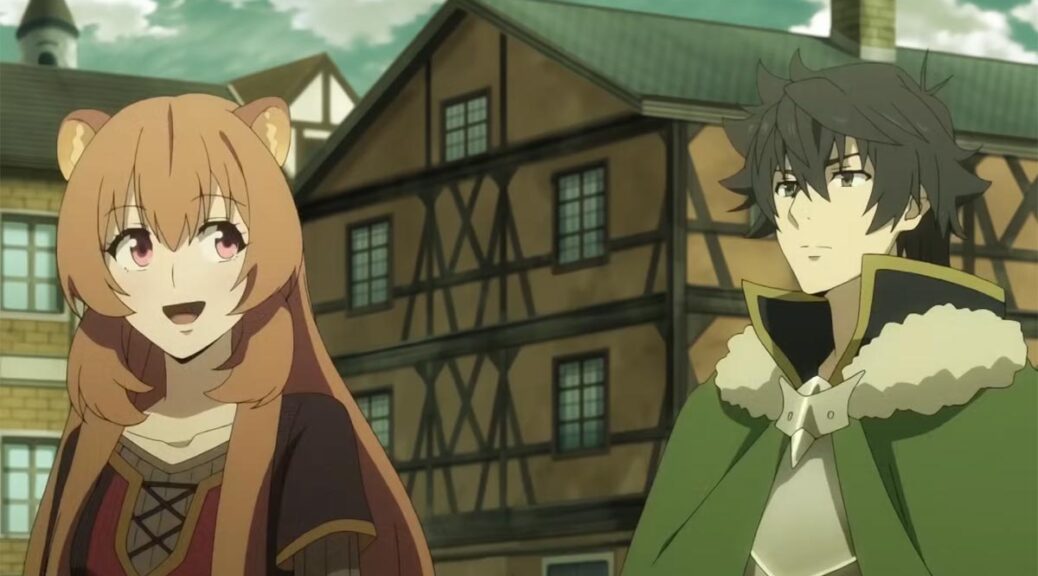 A third season of The Rising of the Shield Hero is officially in the works after an update was revealed this past Saturday at Crunchyroll Expo 2022. Fans can stream these new episodes on Crunchyroll once they air, though an official date was not mentioned.

Accompanying the announcement was a a teaser image to promote the anime along with staff working on the series — Hitoshi Haga will serve as director, Keigo Koyanagi as script writer, Kevin Penkin as music composer, MADKID to perform the opening theme and with animation by Kinema Citrus.

Fans have waited a while for a third season after it was first publicized during Crunchyroll Expo 2019. The second season of The Rising of the Shield Hero recently concluded, which aired April 6th, 2022 thru June 29th, 2022.

Transported into a mythical world overrun with creatures, Naofumi Iwatani and three others are gifted magical weapons to restore order. Naofumi is bestowed a shield, with the others being given a sword, spear and bow. To make things even worse for Naofumi, he’s lured into a trap where most of his belongings are stolen and shunned by society. Despite becoming an outcast, Naofumi rescues a young fox-woman named Raphtalia and a creature he’s named Filo, partnering together to rebuild Naofumi’s honour and save the world.

The Rising of the Shield Hero is an adaptation of a collection of light novels written by Aneko Yusagi, which have also been turned into a manga by Aiya Kyu. The novels and manga are available translated in English by One Peace Books.